Hunting in the Bitterroot Valley

Some Montanans will tell you that opening day of hunting season each fall is a bigger holiday than Christmas, birthdays or the Fourth of July. Because for them, opening day is not just about family and tradition, it's about the heritage of a place, the thrill of a hunt and the challenge of a sport. 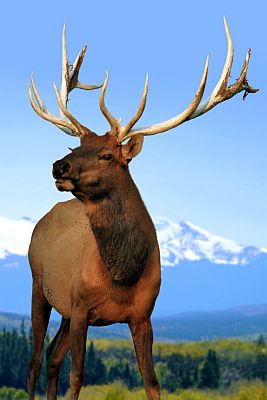 Montana is blessed with some of the largest population of big game wild animals in the country, besides perhaps Alaska. Elk and whitetail and mule deer roam the entire state, from the bottom lands o far up into the mountains. Antelope, the other of the three main big-game animals, can be found throughout the open, low valleys, especially in the eastern two thirds of the state. And it is not just the animals that are so prized by hunters, but the expanses of scenic wild lands on which they live.

The makeup of Montana's hunting season is a complex schedule in which different areas are open at different times, with different restrictions so make sure to understand the state regulations before you go. You can hunt on both private and public land, but you must have permission to hunt private land before you do so.

The state's regulations are part of an overall management strategy to ensure that big game populations are around for a long time, and offer hunters a variety of hunting options. Before the main season, you can hunt for elk or deer with a bow and arrow yes, that is still a very popular method of hunting in Montana. During the main season, most areas are open to hunting primarily with a standard rifle. And in some areas, where hunting pressure may be low or animal counts high, the hunting season can extend past the regular end date. 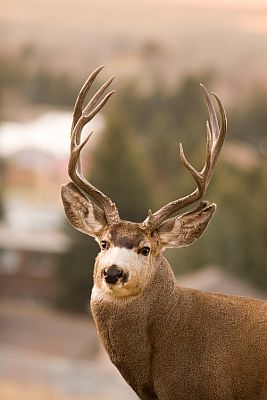 Many people hunt for the meat, which is more tender, flavorful and lean than most supermarket beef. Along with that tradition of hunting comes a tradition of cooking!

But for some hunters, their main aim is a tough hunt, and so they chase other animals. The mountain lion is perhaps the most elusive creature in the woods, and the hardest to shoot. Other hunters will go after mountain goats and big horn sheep, in search of their elegant and regal horns, though few of these permits are given out each year.

If you're new to hunting, maybe you'd like to hire an outfitter or guide to show you the way. Stalking game is not easy, and moving in close enough to take a sure shot is harder that it might seem. Hunters spend years honing their skills and developing the experience to be successful, and for a new hunter, a guide can help speed up the learning curve. Plus, with one of the state's many gifted outfitters, you can experience the Montana backcountry like you never thought imagined, complete with comfortable sleeping quarters, warm campfires and good eatin'.

Hunting in Montana is steeped in history and lore. But it is also steeped in a deep tradition of conservation in fact, in many regards, hunters and fishermen were the first conservationists. The Rocky Mountain Elk Foundation, one of the pioneering sportsman-based conservation groups, was started by four Montana hunters several decades ago and today is one of the largest such organizations in the country.

Information deemed correct and reliable, but is not guaranteed by Discover Montana Realty, Inc., REALTORS®, or Seller. Prospective buyers should verify all information independently.

REALTOR®, and REALTORS® are registered collective membership marks which identify, and may be used only by real estate professionals who are members of the National Association of REALTORS®, and subscribe to its strict Code of Ethics.